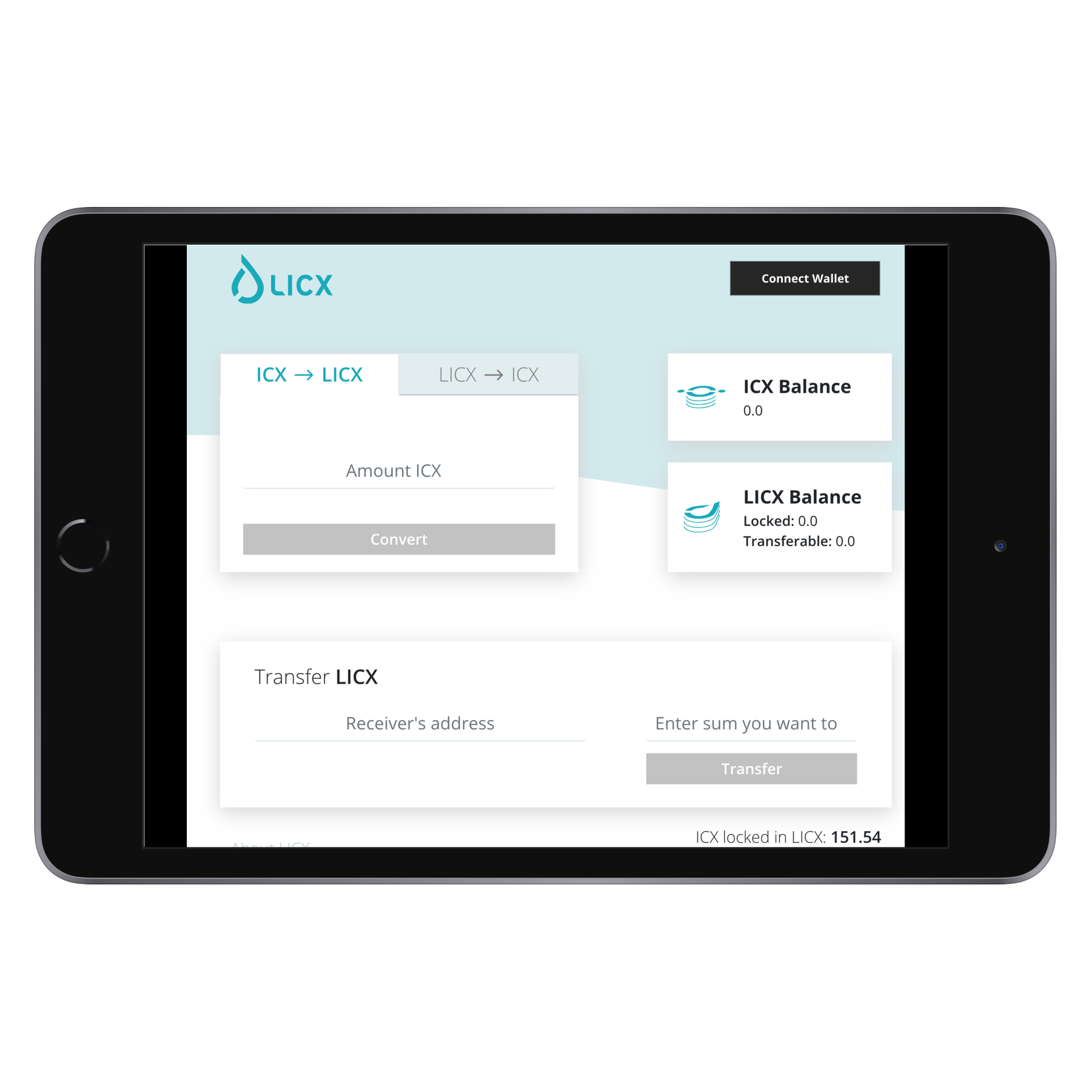 What is the project about

Because we are deeply involved with the blockchain space and we can recognize a lot of potential use cases. LICX is one of the projects that brings a lot of value to the ICON network especially in the future expansion of decentralized applications.

We fully developed the protocol from scratch.

Purpose of the project

The initial version of the protocol took 4 months to develop. Currently we are still improving the protocol to provide more options to holders of LICX and to create a better user experience as well as implementation with more protocols.
← Icon Bridge
Battery Assembly Showcase →